The Gospel of Loki

Part three of four of my Moderate Book Haul!

I think I have established in previous posts that, as a kid, I went to the library with my mom about once a week, and that I usually borrowed encyclopaedia. I still remember that on one of these visits I found a sort of Edda for kids in the children’s non-fiction section. I devoured that book. Then I returned it, and never found it again. Really, working in a library only convinces me more that books grow tiny little legs in the night, and run around only to be found (if at all) in the craziest places.
Still, it was a very accurate book, and most of my knowledge about Norse mythology comes from that book. Over the past few years it has been supplemented by Marvel and a Deviant.art user called Humon, but all in all I really don’t know the details.
So then this book caught my eye. Probably because it’s shiny. And I snorted- because really, how could this not be a funny book? 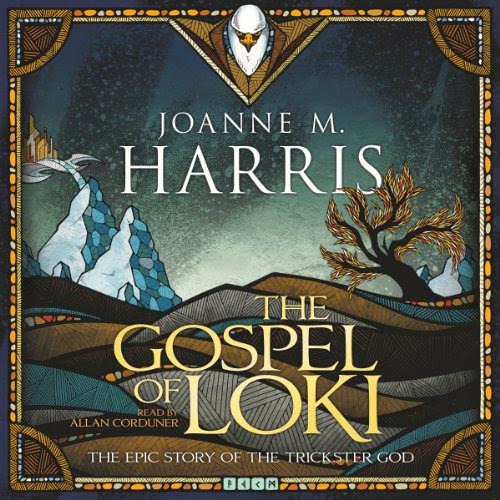 Let me copy down some introductions in the beginning of the book so I can show you what the book feels like:

Characters
These are the people you’re going to meet in the pages of this book. A word of advice before you start: don’ trust any of them.
The Gods (aka the Popular Crowd)
Odin- aka One-eye, Allfather, the Old Man, the General. Leader of the Aesir. Knows how to sell himself (and others). Would throw his brother to the wolves (and did) for a percentage.
Thor- the Thunderer. Likes hitting things. Not a fan of Yours Truly.
Sif- his wife. Nice hair. Also not a fan of mine.
Balder- god of peace. Yeah, right. Known as Balder the Fair. Handsome, sporty, popular. Sound a little smug to you? Yes, I thought so too.
Bragi- god of poetry. Two words: expect lutes.
Idun- wife of Bragi. Likes fruit.
Freyja- goddess of desire. Vain, petty and manipulative. Will sleep with practically anyone as long as jewellery is involved.
Sigyn- handmaid of Freyja. Adoring wife. Possibly the most annoying woman in the whole of the Nine Worlds.
Heimdall- the Watchman. Not a fan. Has it in for Yours Truly.
Honir. The Silent. Never shuts up.

Basically, the book tells the Edda from Loki’s perspective, and he doesn’t always try to talk himself out of the situation, but I can’t help but think that his explanations make a whole lot more sense than what I remember from that one book so many years ago. And I love how the author weaves in modern slang and references to modern culture.

“Feeling jealous, are we?” I said.
“Not on your life,” said Angie [Angrboda]. “I’m only keeping in touch with you for the sake of the children. Way to look after our son [Fenris], by the way. I let you have him for the weekend and before I know it he’s chained underground, awaiting Last Times and stinking of mead.”
“Ah. That.”

I loved this book. Definitely in my top ten of this year’s books. And I will recommend it to everyone who is halfway interested in Norse mythology. By the way, did I mention that Joanne Harris wrote it? (You might know her from Chocolate)

I am really hoping there will be an audiobook of this book. And I really, oh my god you wouldn’t believe how much, would like it if it was read by Tom Hiddleston who played Loki in the Avengers. I read the first few chapters in his voice anyways, but still- that would make my day.


Neil Gaiman is quickly becoming my favourite living writer. Well, he’s sharing first place with Patrick Rothfuss. But what I’m trying to say is; he’s really really awesome and you should go out and buy one of his books.

You could see this as part two of the Moderate Book Haul; remember how I didn’t buy any books this summer? It made me get my priorities a bit straighter. No more senseless bookbinges. And this was a book I had written down on a piece of paper safely tucked in my bag because I really wanted it. (Items that were also on the list but not available (say whut?) were the Jurassic Park novels, Let’s Pretend This Never Happened, and Wizard of Oz. [huge book store name], you disappoint me.)
So – back to the subject: Stardust.

I’d heard of Stardust long before I’d heard of the name Neil Gaiman. It’s a pretty movie with supermodel actors, and although it really is a bit overly sappy, I had to admit I really liked it- because underneath my failed ‘hurr I’m a big girl’ act I really am a big romantic. So when I found out Gaiman wrote the novel, I became curious. I’ve only read some of his short stories and they were always a bit spooky. I wondered if the book also had this spooky element- of which there had been no trace in the movie. It was time to investigate!

Welcome to Wall! A little village in the countryside in Victorian age. It’s a peaceful place, where all bright colours have faded in the sun and most medical skill comes from experience with clumsy sheep. The only peculiar thing about this village is that to the east, there’s a wall with a gate. No one is allowed to go through this gate except for once every nine years, when there’s a faerie market.
In this little village of wall lives a stumbling bumbling boy on the edge of adulthood called Tristran Thorn. He’d head over heels in love with the prettiest girl in Wall, and to win her favour he makes a rash promise to bring her a fallen star.
Turns out that when a star falls on the other side of the wall, they can be very reluctant to come with you. And that you’re probably not the only one trying to find it. Or, better put, her. 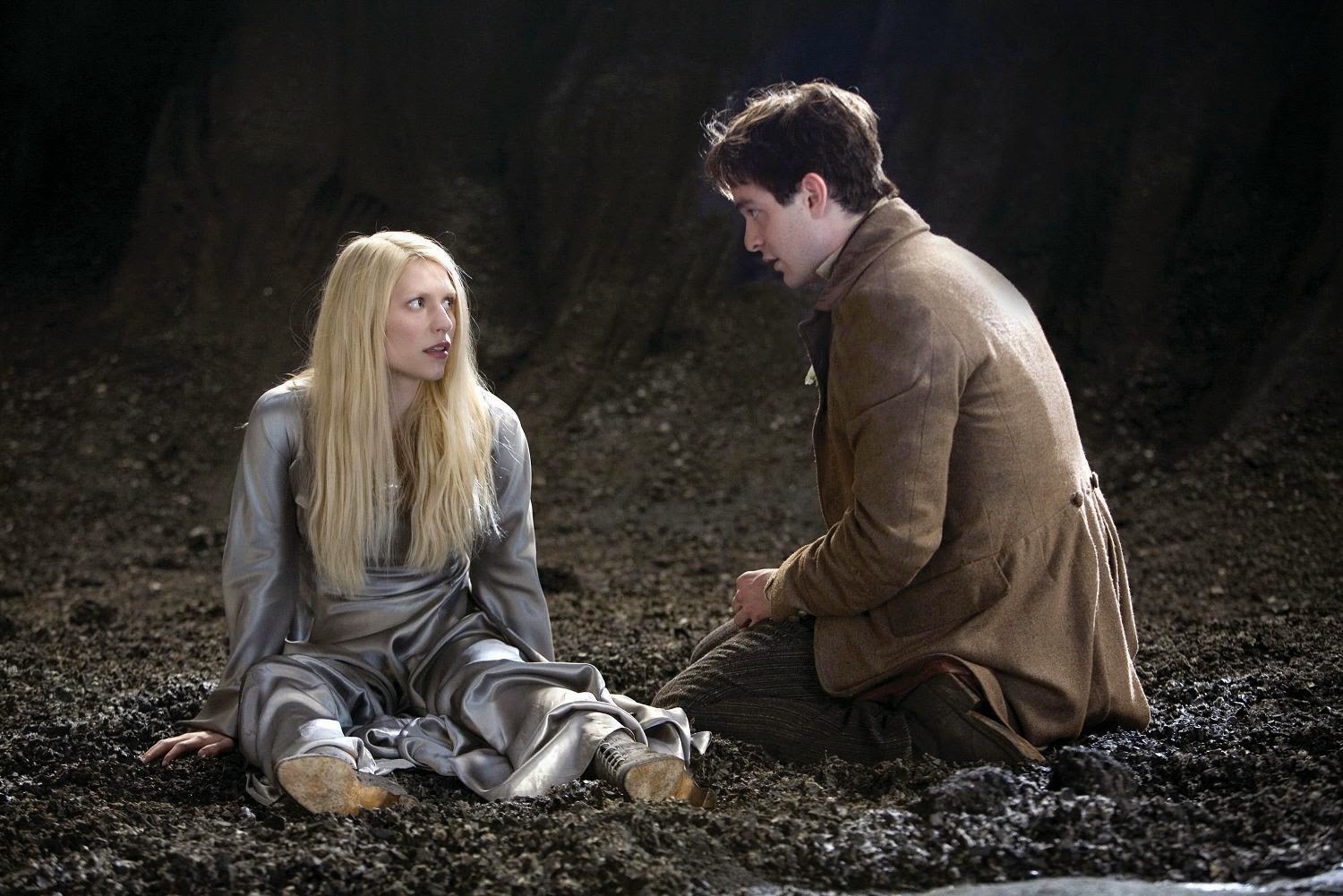 There wasn’t anything spooky about this story, so my view of Gaiman’s style has broadened, but it’s quite a peculiar fairytale. Rather than the kind that’s meant for children it’s a fairytale mainly for teenagers and older, but could also be read to children. Good characters die, people get hurt physically and emotionally, and although they are happy in the end, it’s not a forever and ever.
I truly loved reading it, and I am pretty sure anyone who has a bit of love for fairytales will love it too.


A couple of months ago there was an article that investigated on the bacteria found on the ten most borrowed books in one of the bigger libraries in Belgium. Turns out they found a lot of things they didn’t want to know, like herpes and cocaine.

I would like to mention there’s a soap dispenser behind the desk at our library and that I use it regularly.

But all gross thoughts aside, these are some of the things I’ve found in library books:

I was damned excited this first of September. I pretty much skipped into the bookstore. But I did notice that my two months of fasting changed my book-buying habits. I’m pickier now. Where I used to buy just any book that looked good (I did buy books just because I liked the font), I will now judge the cover, then the blurb, and then a random page, and only if the novel has passed all those tests I will buy it. In a way these past two months have matured me, and that’s such a weird thing to say about myself that I immediately feel like I need to go roller-skate or run barefoot in tall grass or something.

One of the books I bought (and I bought a moderate total of four) is called Under the Skin, and it’s written by Michel Fabre, who also wrote Crimson Petal and the White. But this seemed to be about something totally different, so I was intrigued. CPatW was about a whore who worked her way up both in society and morally, but Under the Skin… 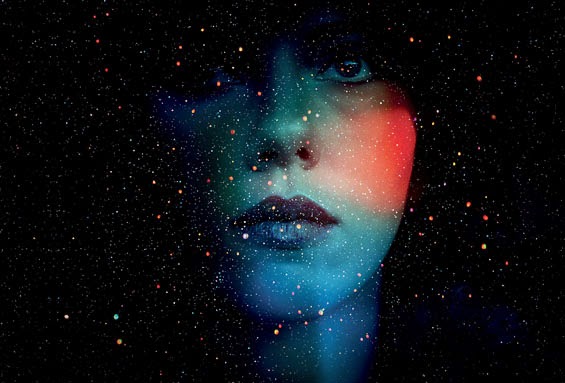 You can’t really talk about Under the Skin without revealing the plot. It’s that kind of book where you only get bits and pieces of information at a time, and it’s only near the very end that you’re able to see the big picture.

Meet Isserley. She lives in Scotland, somewhere near the east coast. She drives around all day on the A9 and picks up hitchhikers. Male ones. Male ones with muscles. She talks with them, and if she deems them good enough, she strikes.
There, that’s all I can tell. But apparently there’s already a movie adaptation where Scarlett Johansson plays Isserley, so, you know, that kinda proves it’s a good read.


this is me going AAAAAARGH because it’s twenty past ten in the evening on a Thursday and I still haven’t finished a book this week. Luckily I got myself a safety net; a safety net in the form of a poem that is the entirety of a 25-pages booklet. This review will most definitely be longer than the book. OH WELL. I’ve been insanely busy recording and moulding and working, so cut me some slack. 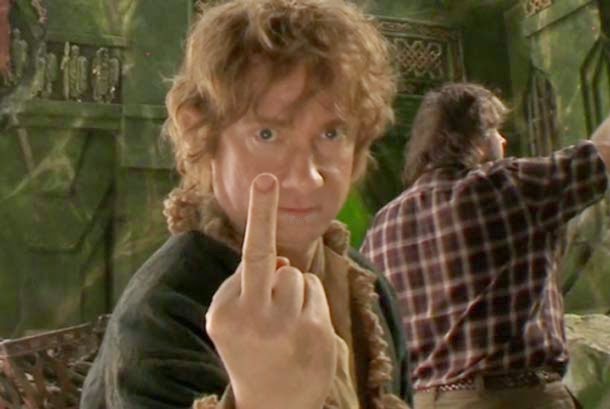 Bilbo’s last song is a poem that he sings as he is about to leave Middle-earth, in which he says goodbye to the life and friends he leaves behind. It’s a bittersweet thing to read, because you remember those very first steps Bilbo took when he left the Shire (without a handkerchief!) when he was fifty. We travelled with him all the way there to the Lonely Mountain and back again to Lobelia and her spoons, and then we continued – we feared the nameless black riders, we laughed with Bombadil, we saw elvish wonders and the darkest places, we found courage on the paths of the dead- and we returned home, even if we had to fight a fallen wizard at the very end to save it. To realize this journey is over is so heart-breaking I often can’t finish it without crying my little heart out. But here he stands, eighty years after he stepped out of his Hobbit-hole, on the tranquil shores of the Grey Havens. And he remembers. He remembers all. But you know what? You can also feel how much he’s looking forward to this new adventure, just over the western horizon.

And now over to some less sentimental speculation.
Bilbo had the One Ring for sixty years, and this must have enlarged his ambition somewhat (see my Two Towers review where I explain its power). What does Bilbo want? What are his desires through The Hobbit and The Fellowship that The Ring might’ve enhanced? Well, that’s easy- in The Hobbit Bilbo keeps going on about how he misses his hobbit-hole. And in The Fellowship he wants to go on a new adventure, because he wants to see the mountains again. Sixty years of having this Ring and this is the only damage it has caused? This just proves how strong Bilbo’s will was. The fact that Gandalf managed to make him pass it over to Frodo illustrates my point.
Bravo brave, little Bilbo. I hope he somehow had the chance to sit next to Manwë, Lord of the gods. That image would have been comical.