This book is beautiful. Beautiful is the perfect word for this book.

I think most people know the story – I vaguely remember seeing the movie several years ago when it was on tv, I think with professor Mcgonagall (aka the wonderful Maggie Smith). A little 10-year-old girl called Mary lives in India with her parents when they die of Cholera. Since she was such a brat, none of the staff thought of saving her when they fled the household, and eventually she is sent to her godfather in England (but not before a temporary stay in a foster home where the other children call her ‘Mistress Mary Quite Contrary’). Her godfather lives in a castle with a hundred locked rooms on the moor, and there doesn’t seem like there’s much to do for Mary. Eventually she decides to go out in the gardens, even though it’s winter. It is there that she becomes a happy, strong child, no longer quite contrary but a laughing one who loves to see the green sprouts grow.

I could really relate to the story, because the garden we have at home is big enough that I could always find a hiding spot. A couple of years ago when I flunked journalism and had existential crisis #1 I spent a whole day digging and planting and trimming, not feeling the need to say anything about what was bothering me. There is something about maintaining a garden that just soothes. Having your fingers crusted with dirt and your knees green with grass stains usually makes me so Zen that I wouldn’t be surprised if there was a therapy like that somewhere.

I recommend this book for everyone, although I guess there’s a slight warning for dialect dialogues which took some concentration to figure out here and there. If you want to give it a go, read it in February/March, when the green buds are only just showing.

You might want to get yourself a shovel and a rake after you finished reading it. 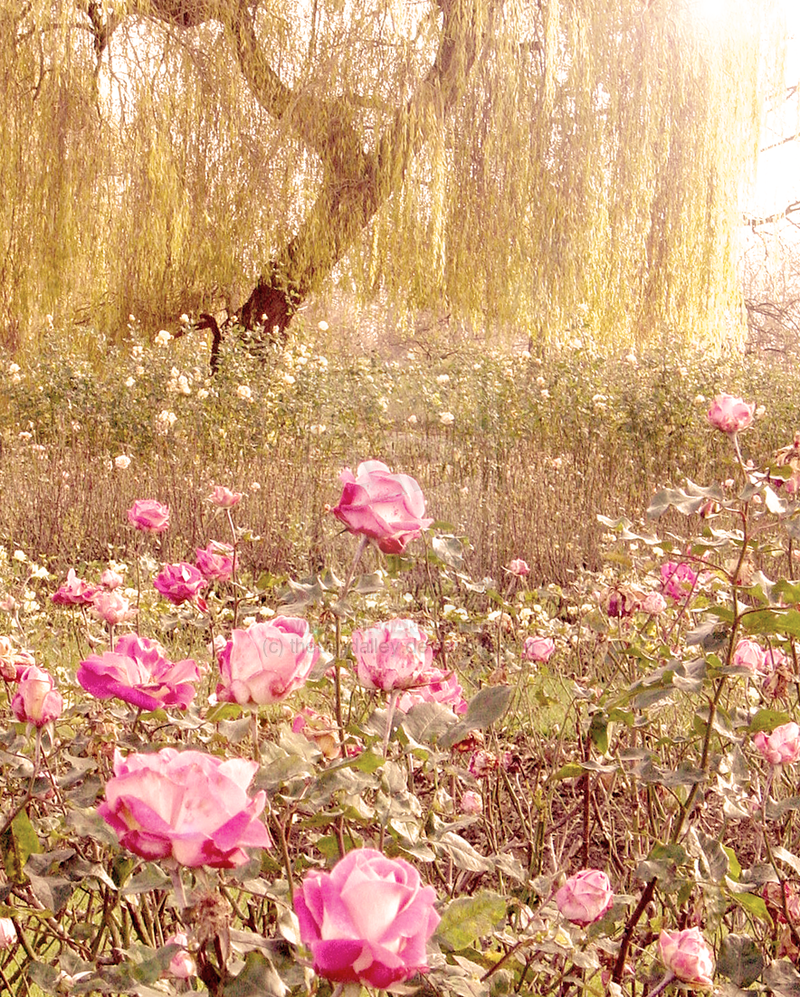 
You might have just moved into your new house. Or you’ve finally decided to do a makeover in the living room. Or you’re doing a spring cleaning and want to dust behind your bookcase: there are plenty of reasons to get your books off their shelves. And that’s how you create options.
There are several ways to organise your books for optimal use, although I have come to notice that these systems usually only make sense to the owner. The same probably counts for me as well, but that’s no reason to give you plenty of ideas for your own bookcase.

Alphabetically:
Probably the most straightforward way for organising books. You can sort by the last name of the author, or if you feel adventurous or don’t care for author’s names, you can sort by title. Libraries usually sort by author for fiction, and ignore initials and the first part of a surname if it contains several parts.
e.g.
Van Daele => Daele, Van
The Smashing Pumpkins => Smashing Pumpkins, The
George R. R. Martin => Martin, George R. R.

Genre:
Also pretty obvious. You can sort your books by genre (thriller, fantasy, sci fi, romance, detective, adventure, fairy-tale, etc.) and then put each on a separate shelf or, if you like a lot of different genres and your bookcase isn’t that big, you can leave a little room between two genres with vases or witty bookends. Or a jar with bookmarks.

Chronological:
There are several ways to organise your books chronologically:
-You can sort them by date you bought the books. This has the advantage that you never have to squeeze that new romance on a shelf that’s already overflowing, whilst the one at the top is still nearly empty. The disadvantage is of course that it’s tough to find an old book back.
-You can sort them by the year they were written. If you like books from several different time periods, this can be a nice option, and it makes sure your Dante Alighieri isn’t next to your Douglas Adams. This might require some time on Wikipedia to look up all the dates.

I see these pictures daily on Pinterest and it makes me want to rant.
I mean how do people get all these colours? I don’t know about you guys, but most of my books are black. Do they buy books for the colour instead of for the story? Why would you do such a thing?
Do they go to a bookstore and ask for a dozen purple books like it’s no deal? And how do you find your books back in such a cataloguing system? “Oh, you need a book by Austen? Let’s see, I think one of her books was next to a flipping’ white Steve Jobs biography and a light-peachy kama sutra.”

Reading/to Read/Read:
This one has less categories than if you’d sort by genre (unless your taste in books is quite narrow) and can also be organised with knickknacks between the books to differentiate the books you’ve already read from those you still need to read.

Publisher:
Sometimes you can get a deal on a whole box of Wordsworth books, or you can buy ten books by French authors who don’t have much in common but they have pretty matching covers. If you have an eye for these series, you might want to sort by publisher. It also comes in handy for series of encyclopaedia about broad subjects, so you don’t have to put the one about technology on a different shelf than the one about mammals.

Dewey Decimal System:
Beware, here be the fanatic librarians.
The Dewey Decimal System gives a number to each subject – Mister Dewey ordered nine subjects according to how important he thought they were. This system only works for non-fiction.
000 – Generalities
100 – Philosophy and Psychology
200 – Religion
300 – Social sciences
400 – Language
500 – Science
600 – Technology
700 – Arts & Recreation
800 – Literature
900 – History and Geography

this can cause some confusion, because if you have a book about the anatomy of the horse the number will be somewhere in the 574-point-something-something, but if you have a book about caring for horses you’re way off the mark and you will probably have number 636-point-something-something. A book about Alzheimer could be in the 100 category or 500 category: it all takes quite some research and familiarisation with the Dewey system. I would only recommend this one if you have help, seas of time and if it’s truly necessary because you have more than twenty bookcases of non-fiction.

I must add that fairly recently (compared to the ancient Dewey System), there is an uprise in libraries of a new system for non-fiction, which uses colours and pictures and is all in all much easier. I don’t know the name of the term in English, but the translation would be “Searching Without Effort”. In this system Alzheimer would be found on the bookcase with a pink symbol of a heart, and then under the category Dementia. Bish bash bosh – easy peasy.

Reading Level:
If your partner isn’t such an avid fan of reading, or if on the contrary he/she thinks Tolstoy is an easy read, or if you have a set of little readers, you might want to try this one. This way you could literally read your way ‘up the bookcase’ as you get better at reading. I would not put the saucy novels too far down if you do have some kids around though. That one might be a whole new bookcase altogether.

Of course, you can just make your own blend of all these (a genre mocha with a dab of publisher with a whip of To Read? An alphabetical latte with chronological sprinkles?).

PS: just reorganized my bookcases and ermagerd it looks so fancy now ^^
Posted by Bejoes at 04:05 No comments:

… And so the book race continues. Rumo is written by Walter Moers, a name you might remember from my blog about City of Dreaming Books. Rumo’s story also set in Zamonia, and briefly mentions some characters and places I’ve met and seen before in CoDB. I thought that was a nice touch, since the previous book was a nice experience and it gave me a clearer picture of Zamonia.
Rumo is about a Wolpertinger – a dog that can walk (on two legs), talk, and has two tiny horns on his head. The next seven hundred pages are all about him coming of age, learning what he is and how to fight, about him getting his first real sword and finding his true love. When the lovely lady is kidnapped, Rumo follows her all the way to Hell, where he meets all kinds of horrible things.

I loved having my nose in this book, because the creatures and events are all very original and creative. The only thing that bothered me is that Moers often Tells instead of Shows; and I was often tempted to skip the 10 pages describing the back story of a person or the origins of a city.

All in all though, I give this book a solid 8/10.
But if I ever see a cute dog walking on hind legs again, I’ll be looking for horns.

this book took aaaages to read. Goddammit.
Blue Remembered Earth is a book written by Alistair Reynolds, who is known for his hard science fiction and space opera. I’d read a couple of short stories of him before, but I’d never bought any of his books before, and this one looked pretty.
The story is about a brother and sister, about 150 years into the future. Space travel has become a normality, and everyone has machines in their heads that allows them to ‘ching’ by which the author means that you can mentally control a robot or other human whilst you mentally leave your body. The mechanism also stops you from harming others, and basically knows everything about you, and your health, unless you’re far from civilisation.
The siblings come from a fairly important family, all thanks to their grandmother. She dies in the beginning of the story, but soon after they discover that she left something in a volt on the moon. No biggie: the brother will travel there, take a look at the volt, and maybe visit her sister too, who lives there and tries to make a living as an artist. Unluckily for them, it appears that their grandmother is taking them on a wild clue hunt that will force them to make unsure new alliances and put their family against them as they travel between moons and planets in our solar system, slowly realising how huge it is, but also how terribly tiny.
It took me more than a month to read this book, mostly because Alistair Reynolds builds his stories up at a snail pace. Things only started getting interesting at page 200; and once they are, Reynolds has the annoying habit of leaving a cliffhanger at the end of every chapter, which, granted, works, but feels cheap after a while. But a definite plus is how realistic it all is; the long descriptions of how everything works all seem to be extrapolated from today’s physics and thereby entirely plausible.
All in all the book was reasonably good, even though the characters could have used a dab more emotions ever now and again.


Not entirely sure to whom I should recommend this.